Assistant Professor of Animation & Game Arts Kelli Williams said she was contacted by actor and director Timothy Ware-Hill, who found her on Instagram. He asked her to be part of the project. She suggested some other animators of color who might be interested in working on it. Adjunct faculty member Jim (Kofi) Sarfo, Madi Diaz '21 and Jasmine (Harris) Kenya '19 were also asked to participate. 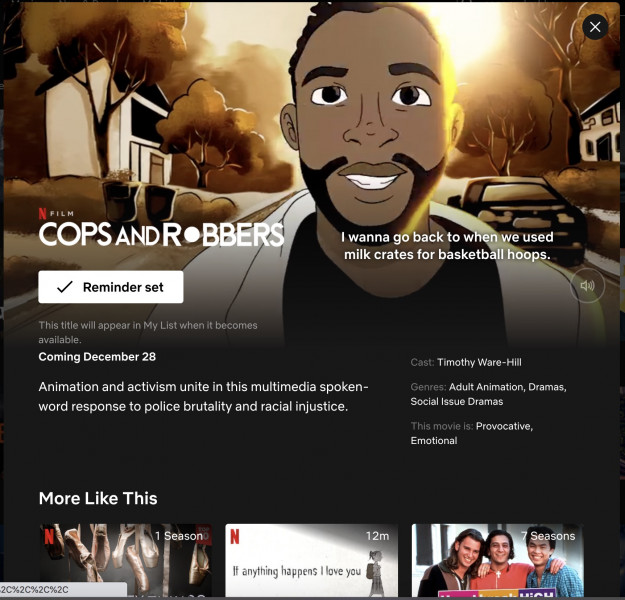 Ware-Hill wrote his spoken-word poem Cops and Robbers following the racially motivated murder of Ahmaud Arbery in February in Georgia. Williams said the film is comprised of 5- to 15-second clips created by animators and artists from around the world, each animating to the poem performed by Ware-Hill. Ware-Hill and Arnon Manor, vice president of Sony Entertainment VFX, are the directors. The film was produced by Jada Pinkett Smith and others.

Right: Cover illustration for Cops and Robbers by Jasmine Kenya '19.

"It was a really cool experience," said Williams. "It came at a time when I think all of us were feeling particularly frustrated with the state of the world. It was a great experience to get the opportunity to process what was going on through art. We all volunteered our time and had no idea the project would be picked up by Netflix and streamed in 190 countries!"

Diaz was just as excited.

She found Ware-Hill's poem to be very powerful and vulnerable.

"My segment was about the role of social media within the last few years regarding racial justice and exposing state/police violence," she said. "Honestly, I was really just glad I was able to help out more than anything - I know that project meant a lot to Tim and I'm glad it worked out." 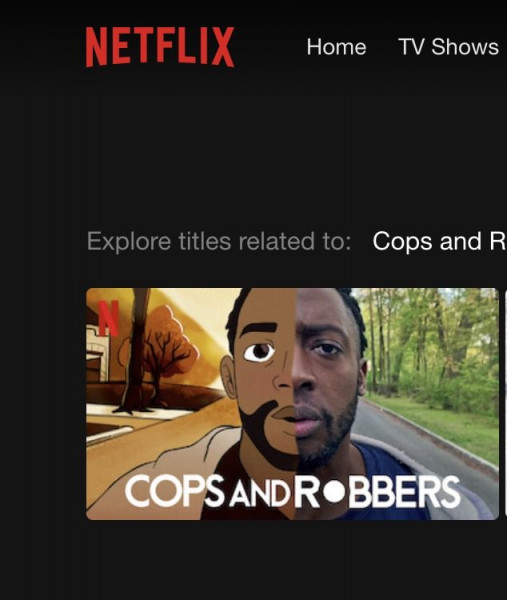 The film is one of three animated shorts Netflix acquired for Oscar consideration. Ware-Hill and Manor said they made this short “for all the Black men, women, and children who have been victims of racial profiling, police violence, loss of life and other injustices just for being themselves.” More than half of the 30 artists who worked on the film were Black. Kenya's artwork was selected for the cover.

Read more about the film here and here.